Table soccer – that is a classic, is what you get to hear way before the tournament even begins. But our extra large soccer tables are special and attract attention everywhere right away. Curiously the two event modules (soccer tables) were given a close inspection and have been tested before the tournament even started. And the first groups were founded in which not everyone knew each other before this meet of employees and clients. So a first success of our table soccer is building bridges in a playful easy way.

Intellior invited employees and clients to a training that lasted several days and what is a better way to get to know each other than a tournament – a football champions league?

After the welcoming speech the table soccer battle, 4 against 4 began! That is right, 8 players at one  table, that makes 16! people who play simultaneously at two giant soccer tables.

The  teams were randomly drawn so that people from all over the world formed one team.

With background music and a professional moderation the atmosphere was great and the tournament got even more exciting and thrilling and this became the highlight of the night. Everyone who was not currently playing had the chance to see, what their results were and what place their team had in the football table that was shown on a big LCD-display.

Just in time for dinner the group phase ended and the participants could eat and regain their strength for the knockout round of the table soccer tournament. After dessert and the conversations with fellow players and opponents the excitement already arouse before the games started again.

Table soccer became the highlight of the night and the semi-finals had a  great audience even with the teams who already resigned. After exciting games the finales could not have been more thrilling – Germany played against the Netherlands!
It became a table soccer remake of the 1974 match between the German and the Dutch football teams. It was a narrow victory for the German team after a furious match. 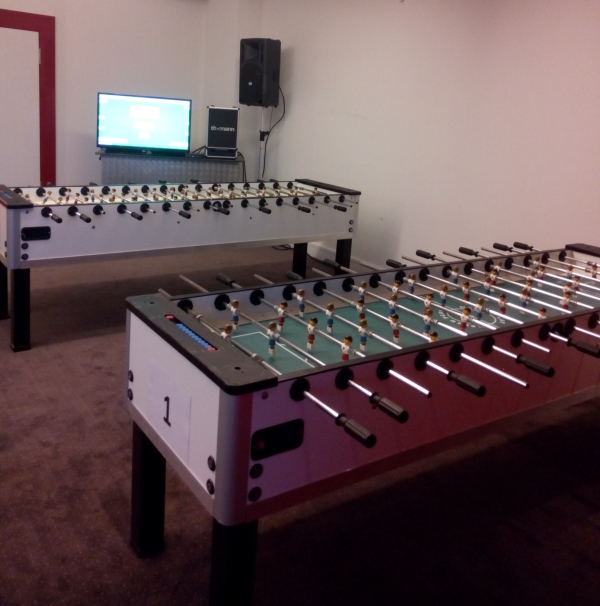 The award ceremony was the crowning end of a fantastic tournament,  the winners got real medals and Kick-Point even brought a real winner’s rostrum.

Kick-Point is the international expert belongig football events. Look up our exclusive modules:

As always with Kick-Point everyone was enthusiastic about this event and got to know the others in an easy, fast and fun way. At the end you could hear the people say things like: “A classic; but still great this good old table soccer.” 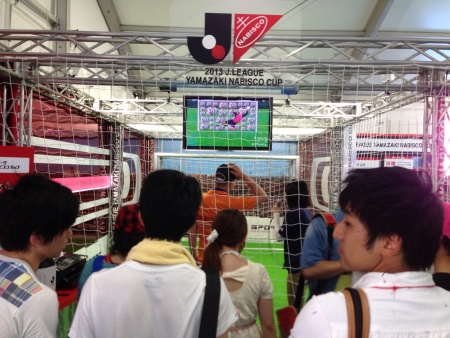 END_OF_DOCUMENT_TOKEN_TO_BE_REPLACED

We may request cookies to be set on your device. We use cookies to let us know when you visit our websites, how you interact with us, to enrich your user experience, and to customize your relationship with our website.

Click on the different category headings to find out more. You can also change some of your preferences. Note that blocking some types of cookies may impact your experience on our websites and the services we are able to offer.

These cookies are strictly necessary to provide you with services available through our website and to use some of its features.

Because these cookies are strictly necessary to deliver the website, refuseing them will have impact how our site functions. You always can block or delete cookies by changing your browser settings and force blocking all cookies on this website. But this will always prompt you to accept/refuse cookies when revisiting our site.

We fully respect if you want to refuse cookies but to avoid asking you again and again kindly allow us to store a cookie for that. You are free to opt out any time or opt in for other cookies to get a better experience. If you refuse cookies we will remove all set cookies in our domain.

We provide you with a list of stored cookies on your computer in our domain so you can check what we stored. Due to security reasons we are not able to show or modify cookies from other domains. You can check these in your browser security settings.

We also use different external services like Google Webfonts, Google Maps, and external Video providers. Since these providers may collect personal data like your IP address we allow you to block them here. Please be aware that this might heavily reduce the functionality and appearance of our site. Changes will take effect once you reload the page.